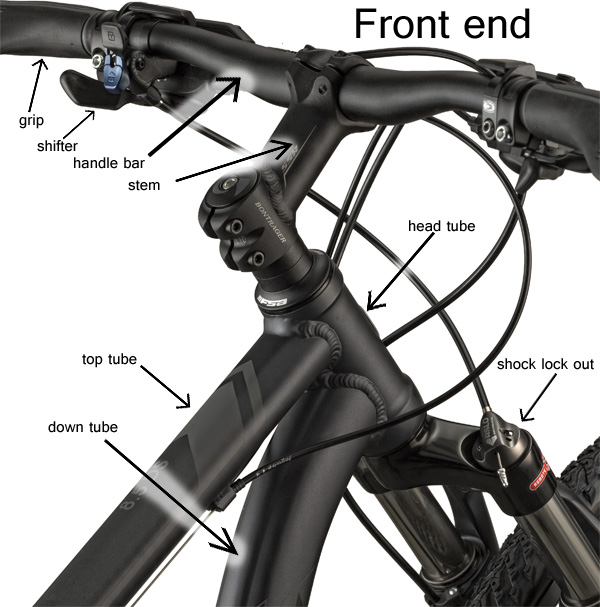 The front end of the bicycle is exactly that. It is the central nervous system, the helm of the ship, the cockpit of the plane. Here you will find the means for steering, braking, leverage for balance, and gear selection. Many other important things can be added here such as, lights, cycling computer (for speed, odometer, distance, clock, etc), warning bell/horn, mirrors, basket, and many MANY other gizmos can be added to the handlebar. 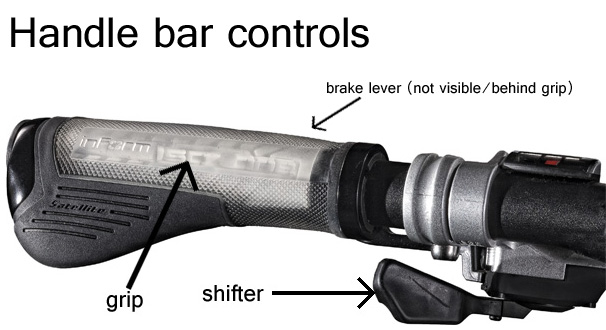 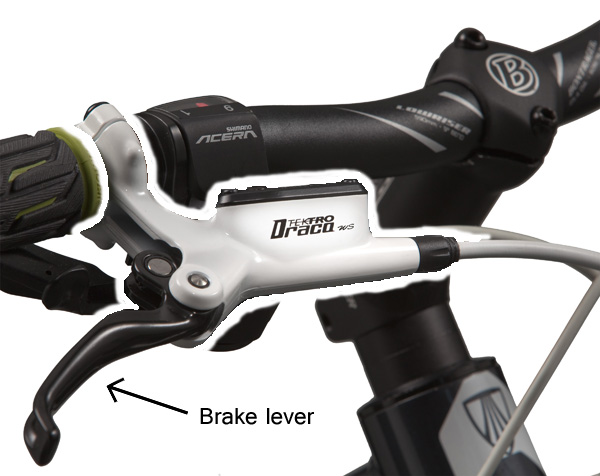 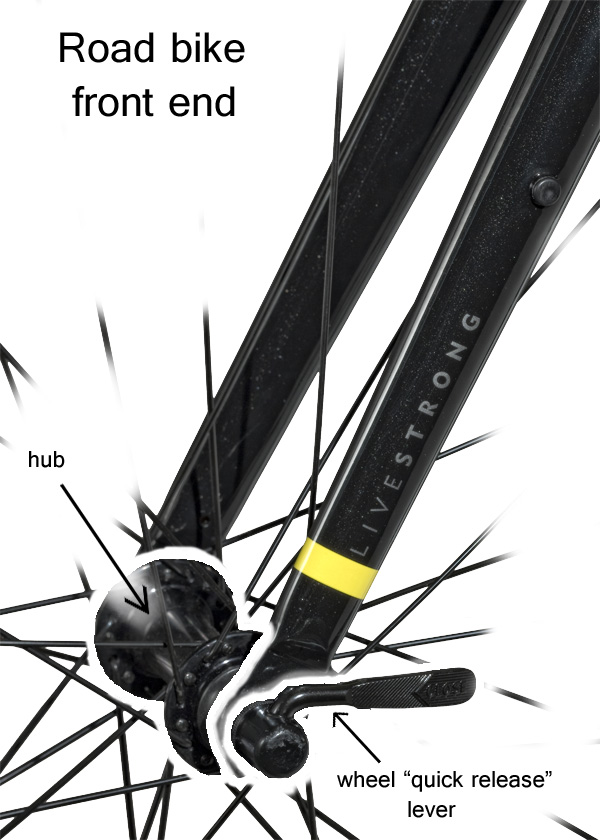 Shown above is a the front end of a road bike wheel section. The vertical bars are called "Fork Blades" and they hold the front wheel on by the "Hub".

I know, I know, it's a big world Charlie Brown... but stick with me... all of this will come together shortly. 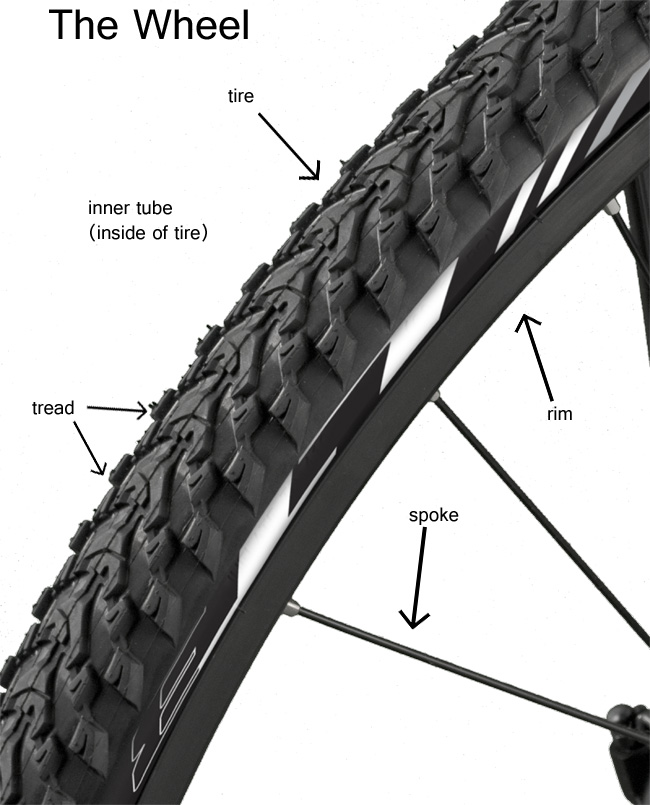 The wheel is a group of smaller parts all assembled together. From the middle to the outside, the wheel is the axle, bearings, hub body, spokes, rim, inner tube, and tire.

Continue to center of a bicycle>>